“Katwoman Cosplay (vocalist, actress, performer)  is known for her “Disney Princess” voice and her motto, “walk a mile in their shoes.” She is honored to guest at Dualcon! She has a YouTube channel (@katwomancosplay) as well as an Instagram, Facebook, and Tik Tok all under the same name.

Katwoman (or “Kat”) is a vocal education major at Marshall University. She is planning on teaching children about the beauty of music after she graduates. Musical theatre is her favorite thing in the entire world, and she was a theatre geek most of her formative years. She believes in staying weird and never growing up.”

Marshall Smashers are running Smash Bros. Tournaments for both Melee and Ultimate at the convention.

The tournaments will start at 1pm. Finals are expected to be at 9pm.

Rules for the tournaments are as followed:

For game one, a Best of 1 Rock, Paper, Scissors determine who bans first (winner may choose to ban first or ban second, or may select port priority) Both players must announce their characters before stage selection. Double-Blind selection may be requested by either player. Player 1 bans 1 stage from the starter list Player 2 bans 2 of the remaining starter stages Player 1 then picks from the 2 remaining stages for game 1.

Game 2+, the winner of the previous game bans 2 stages from the Starter Stages and Counterpick Stages combined The loser of the previous game then picks a stage from the remaining stages but cannot pick the stage they most recently won on within that set. After stage selection, the winner selects their character first and the loser chooses second. Matches will be Best of 3 until Top 8.

Stage Bans: After each game of the set, before counterpicking, the player who won the previous game may ban one stage from the stagelist. This rule is not in effect for best-of-5 sets. Stage bans affect each player individually.

Stage Clause: A player may not counterpick any stage they previously won on during the set, unless agreed upon by the opponent.

Wobbling is banned. This event’s definition of wobbling is a series of moves (4+ pummel effects) by Ice Climbers from a standing grab position that infinitely lock the opponent in hitstun.

Marshall Smashers are a student organization at Marshall University for Super Smash Bros. Their goal is foster a competitive yet casual friendly environment to play. They are built upon friendly competition, but competition nonetheless.

They host free are weekly tournaments of Super Smash Bros. Melee and Ultimate at the Morrow Library Commons Area at 7pm during fall and spring semesters. Everyone is welcome even non Marshall students. All skill levels are encouraged to come and have some fun. You can bring your own set up to share. You are welcome to bring your own controllers too.

Their next event for is on December 2nd. You can sign-up on site beginning at 6:30pm, but it is recommended you register online through StartGG. They hope to see you soon.

You can now submit games to DualCon on the Tabletop.Events site.

You do not have to have a badge to the convention to submit an event, but you do need an account to Tabletop.Events, which allows you to sign up to any event on their site. They work with conventions all over the country.

We are looking for board games, RPGs, card games, miniature games, video games, and anything else you can run.

You can also put in panels submissions.

Deadline for submissions is a week before the convention.

If you have any questions about games you want to submit or have a problem submitting it, please email Gaming@DualCon.net. Questions about panels or the like send to Entertainment@DualCon.net. If you do not see a response in a day check your spam filter.

Terry Bartley is a fantasy writer. He has been writing short stories set in his original fantasy universe, Galevyn, for the past year using various characters. You can read all of them on his website. You can also get them in the upcoming collection of short stories, Tyranny of the Fey.

He also hosts the podcast “Most Writers Are Fans,” about the intersection between writing and fandom. Every episode he invites a different writer to discuss their writing journey with them. He features fiction and non-fiction, game designers, and songwriters. It is a lot of fun and provides insight into what it is like to be an independent creative.

Terry is a journalism, literature, and English teacher at Scott Hight School. Terry has professionally written for the Coal Valley News and Screenrant. He has won awards for writing and broadcasting from the West Virginia Associated Press, the National Broadcasting Society, and MarCom. He has a B.A. in English from the University of Phoenix and an M.A. in English Education from Western Governor’s University. 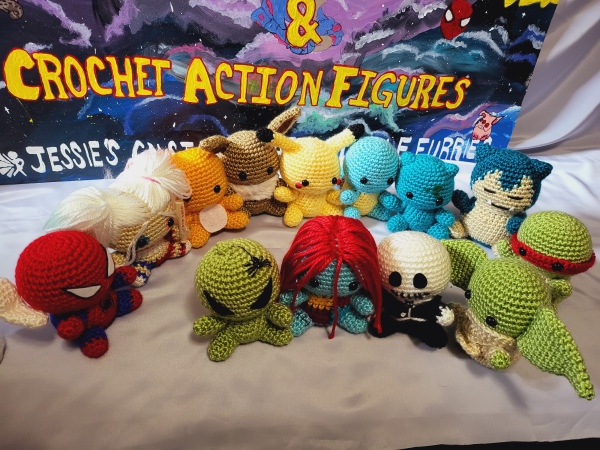 Created For Nerds, By Nerds

A small business with a big heart. They sell homemade items that are fun to play with and a comfort for all ages.

They sell Crocheted Action Figures and Little Furries sensory toys which are stuffed animals with Squish balls inside them, as well as shoulder friends.

If you are looking for something in particular, feel free to reach out, they would love to hear from you.

A junior at WVU, Conner Rush is the founder and sole permanent member of FYRE Games, an independent video game studio that specializes in narrative experiences.  Starting in 2014 when Conner was roughly 12 years old, FYRE Games has found success in numerous games, including their contribution to the Dread X Collection 5 anthology with “We Never Left“, The interactive album companion of The Colossus Is Coming: The Interactive Experience, and most importantly the free-to-play hit walking simulator Summerland.  With a dedicated fanbase and a mission to create a positive environment for both players and developers, Conner and FYRE Games show no signs of slowing down with a new horror-focused project currently in the works.

One miniature per participant, the first figure is free, additional figures may be purchased for $3 each. Paints and brushes supplied and are common to the event.

JP Gotrokkits has been painting for over thirty years and has done work for Ral Partha Legacy and Sea Dog Game Studios.  He will be more than happy to share painting advice, tips and tricks during the event. 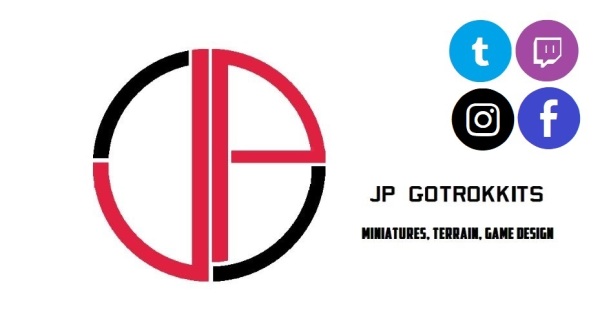 JP Gotrokkits started painting around 1989, his first figures were from RAFM, Grenadier, and a little company called Ral Partha.  Soon Citadel miniatures appeared at his local shop and took the spotlight.  He has painted figures ranging in subjects from Science Fiction, Fantasy and History, in most of the popular scales, and from most of the popular companies, between 6mm to 32mm.  As he matured in the hobby, he met with Sea Dog Game Studios and built terrain and painted miniatures for their Sailpower and TechCommander game lines.  Sometimes things come full circle and a few years ago he came into contact with Ral Partha Legacy, who have re-released many of the figures that enthralled him in his youth, which gave him the privilege to paint several units for their studio armies and online catalogue.

Of late he has been operating a Twitch channel twice a week where he paints both commissions and pieces from his Pile Of Opportunity.  He started the channel in hopes of being an encouraging voice in the hobby for both new painters and old vets.

If you’ve never painted a figure before, he invites you to make a little time to stop by and paint a figure at DualCon’s Paint & Take event, it can be your first step into a rewarding part of the gaming hobby at large.  The first one is free! 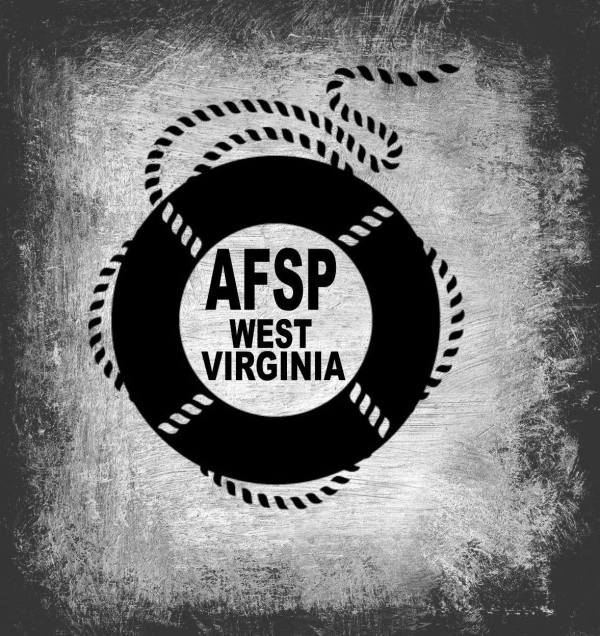 October 10th is Mental Health Day so we decided to share about an event our charity American Foundation for Suicide Prevention WV is doing soon in Charleston.

Through out the summer the AFSP has been doing Out of the Darkness Community Walks to unite communities and provide an opportunity to acknowledge the ways in which suicide and mental health conditions have affected our lives and the lives of those we love and care about. Plus raise some money too.
Their final walk for this year is October 22nd at Haddad Riverfront Park at 11am. You still have some time to start a team to raise money or just donate to one of the existing team. You can also volunteer to help or just go and support everyone on the day.

And if you need some help, or want to help someone close to you, you can reach out to them.