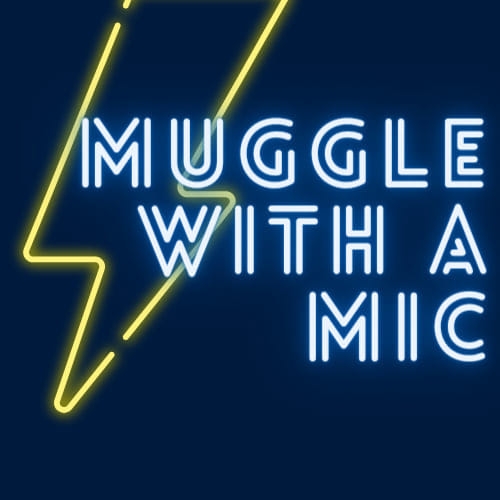 Muggle with a Mic was started in April 2020 by host/creator/producer Kaiti who is joined by her long time friend and co-host Phil as they discuss movies, television and other pop culture topics. From Harry Potter and Star Wars to The Office and Jane Austen … we cover it all! Join the duo along with other friends each episode as they show off their drinking vessels (aka mugs), discuss movie news, and review movies and television shows. Most episodes end with fun topical quizzes that test guests, hosts and listeners! Episodes include an interview with New York based character actor Nick Reynolds (The Blacklist, Orange is the New Black, Succession and more), multiple musical episodes including an interview with CAPA’s Lisa Minken, Retro Gaming episode with Generation Gap Gaming’s Tyler Evans, Star Wars galore and so much more!

Listen on Spotify, Apple Podcasts, Google Podcasts or wherever you listen to your podcasts.

Do you have suggestions, comments or want to be a guest? Contact us at mugglewithamic@gmail.com

The Official Podcast of the Final Boss Con