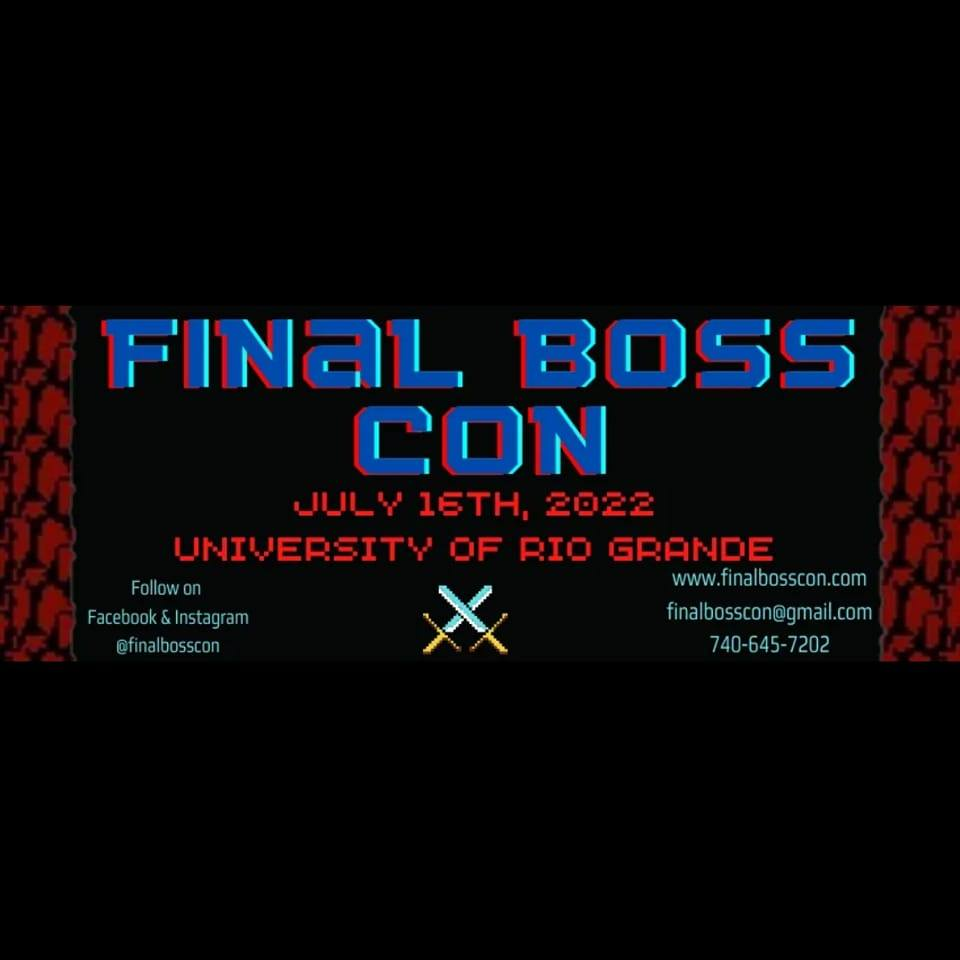 DualCon will be on the road at other cons promoting and meeting all we can.

We’ll be joining CharCon this Friday July 15th and Sunday July 17th at the Clay Center for the Arts in Charleston, WV. You’ll see

We will be missing Saturday at the con, cause we have another convention to go hang out then.

On Saturday July 16 we will be heading over to Final Boss Con in Rio Grande, Ohio at the University of Rio Grande Lyne Center from 10am to 6pm.

The University of Rio Grande eSports team will be on hand running games. There will also be Smash Bros 64 and Super Smash Bros Melee tournaments, Anime and Retro Nintendo Quizzes, Cosplay Contest, a panel from game designer and story and timeline writer for Dark Horizons Universe Brian Hammack, and a Magic: The Gathering tournament.

Admission is $5, plus kids 3 and under are free.

At both conventions we will have tables set up to promote at. We will also have games for you to come play while hanging out with us. So we hope to see you at least one of these conventions.